in this neck of the woods - part 3

After the Crash / Hole in the Sea

Taking Barry Flanagan’s film Hole in the Sea (Scheveningen, Holland, February 1969), as a starting/end point, Duncan White will talk through material relating to his current research.

Followed by discussion and planning of in this neck of the woods for Strangelove Moving Image Festival, March 2015.

In this neck of the woods - part 2

For this meeting we will be screening the film Le Pont du Nord (Jacques Rivette, France, 1981) followed by discussion and planning of the event In this neck of the woods, which is to be launched at Strangelove Moving Image Festival in March 2015.

In Le Pont du Nord a young woman bank robber (Bulle Ogier), just out of prison, becomes involved with a strange girl (Pascale Ogier). They invent a dangerous real-life game imagining Paris as a mysterious large scale board on which they play. (BFI)

In this neck of the woods   - call for expressions of interest

We are inviting expressions of interest from participants who would like to involved in the next sensingsite project. This project has been conceived to launch during the Strangelove Moving Image Festival to be held at Central Saint Martins in March 2015.

The project will take place in and around the Central Saint Martins building and its immediate environs around the King’s Cross development, such as Granary Square, the canal, King’s Boulevard, and so on.

These will be the sites for an exploration of the area using processes informed by representational conventions associated with the ‘cinematic’, as a way of investigating how we might respond to the constructed environment as it is experienced spatially and temporarily, as immersive space, as surface,  or as a temporal procession of sounds and images. We are used to the metaphorical construct of ‘the city as film’; for this project, we are also interested in considering how cinematic constructions of space might be produced in relation to the site, including the use of visual framing of space, text or voiced script, recorded sound, sequential imagery, performed or choreographed gesture, yet without necessarily using the technical apparatus of cinema. The works produced might therefore use a variety of media, and they could respond to architecture, topography, human or natural inhabitations.

Thematically we are also interested in questions around the habitation of place. King’s Cross as a national and international transport hub (amongst other things) constructs a series of spaces, which we are filtered through, kept on the move. Who inhabits these places by day, and who by night? How do we get to ‘know’ a place? How do humans negotiate the space in relation to one another? What makes a place inhabitable or intolerable? What kinds of relations are there between what we are doing at any one moment to the place in which we are (such as listening, observing, touching and the technologies of these)?

We are also interested in reflections on, and interventions into, the notion of regeneration of place. Are there any productive pockets of space carrying traces of earlier histories? What is ‘idle’ time or ‘empty’ space and how can these be claimed as valuable (regenerative?) to human experience? What is the relation between intimacy and the impersonal? How is space organised around and between ever more visible acts of ritualised consumption and the invisible relations of production and routine maintenance?  How is space saturated on the one hand and drained on the other?

The above is not intended to be prescriptive or restrictive, rather we are seeking collaborators to develop these concepts, as and where they are complementary to their own research and practice, towards the production of a network of interrelated yet discrete works.

We would like to invite you to attend an initial meeting on at 6 – 9pm on Thursday 23rd  October in Lecture Theatre E002, Central Saint Martins, King’s Cross, at which we will screen En Remontant La Rue Vilin by Robert Bobin, which documents Georges Perec’s continuous reinvestigations of his childhood home, as a starting point for discussion. We will follow this with further screenings and discussions to develop the scope and nature of the project.

Please reply to Steven Ball s.ball@csm.arts.ac.uk if you are interested in participating.
Do forward this call to any other practice based postgraduate researchers you think may be interested.
No comments:

Email ThisBlogThis!Share to TwitterShare to FacebookShare to Pinterest
Labels: in this neck of the woods, King's Cross, Strangelove 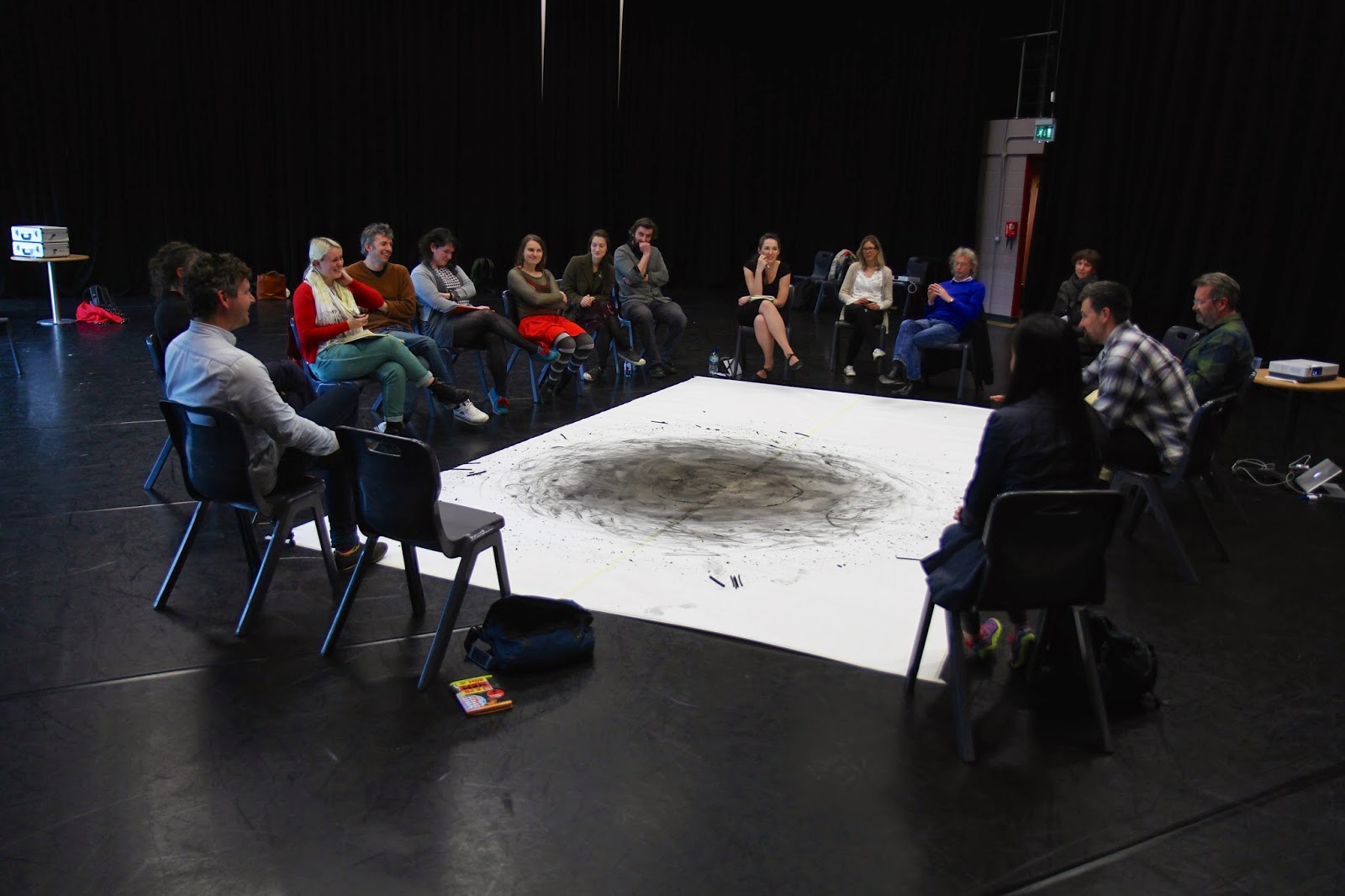 Ethan Folk has posted a terrific set of photographs which captures the day very well. A special thanks to Bram and Katrina for hosting such a stimulating start to the series.
No comments:

book at the sensingsite project page