COMPOSTING ESTATE
A series of seminars examining processes and materials of composition and decomposition of site and place. 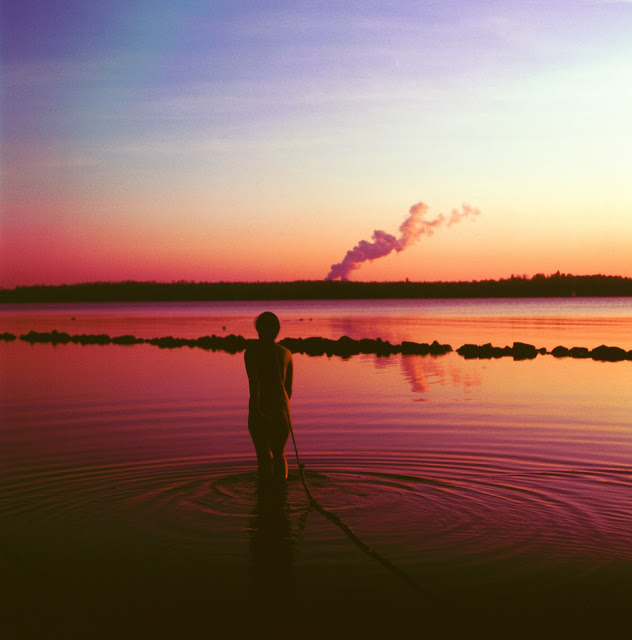 Gathering Matter to Fertilize the Land is a presentation of three different site-specific works completed in 2019 in Trujillo (Peru), Stokkoya (Norway) and Leipzig (Germany). They form a trilogy and are linked through narratives of displacement and mythology, also drawing thematically on rural migration as a global phenomenon. These video works invite contemporary audiences to reflect on our human connections with and responsibility towards nature.

The approach I use in my practice is to study the myths and rituals of pre-Columbian cultures in the Andes and the Amazon in order to address the collective loss of nature. The hair (cf. above) is a visio-cultural custom, a repetitive concept and symbol, which I use to state the strength of the female identity in the Andes and its capacity to pass on knowledge.

i) Cantos al Agua is a video-performance made at the sites of Santo Domingo-Huaca el Brujo (100-350 AD) and the city of Chan Chan (850 AD), the first settlements of human habitation being found here on the shore of the Chicama river and dated to 14000 BC. This is the area where the city of Trujillo stands at present. At the archaeological site of el Brujo, the mummified body of the Lady of Cao, the first female governor and priest from the Moche Civilization was found in 2006. Nearby is the Huaca el Brujo, a construction made with adobe, standing 17 metres tall and bearing an open cut that was made during the arrival of the Spanish to the area. The site of Santo Domingo was a ceremonial site at which were found several drawings and symbols of animals and water. In 2016 the largest triple spiral (650 AD) was destroyed because a tractor passed over it, driven by ‘land invaders’. There is a 60,000-inhabitant housing project outside the area at the moment, initiated by the local government and due to the increasing population coming from the Andes towards the coastal cities. The actions used in this work are based on the acts of weaving and chanting as a language to make offerings to the wounded landscape and mourning what has been lost in this land.

ii) On the island of Stokkøya, Norway, there was a landslide that separated the island from the mainland for a period of a month in September of 2019.  Three artists are invited every year to this community in order to produce a collaborative piece responding to the landscape and site of Stokkoya. The Bigda 2.0 Project along with the Afjord municipality aim to enhance the rural community, developing infrastructures, making the area more attractive to people who would like to move back to this area from metropolitan conurbations. The increase of heavy industrialization on the land and because of the wind farms used to create clean energy issues have emerged within the natural balance of this place. According to the locals these caused the recent landslide. The piece was made by responding to the event using found material from the landslide. We took the metal from the distorted crash barriers to create a public sculpture along the road opposite to Bygda 2.0. The sculptures were presented with a sound piece by the artists, reading social media output created by the locals when building strategies in order to access the island.

ii) In August of 2019 more than 2 millions of hectares were burned down during fires in the Amazonian rainforest. The fires were started because of the agricultural industrialization of the area aimed at raising cattle for meat consumption. As a response to this I created the video 'Where did the creatures from the forest go?' (20’ 03”). The video presents the myth of Curiwarmi. “The myth tells that Curiwarmi (gold woman) saw the Amazon on fire and she ran to the river to save her life. After a while, because of sadness, she fell sleep. She woke up later on the shore of the Makkelberg Lake, in Saxony, Germany” The video performance includes the creation of knitted pieces in order to narrate the myth performatively using the method through which the old Peruvians used to relate stories in the Quechua language, expressing them through knitting, textiles and pottery.

Videos:
Where did the creatures from the forest go?

Ingrid uses performance, photography, moving image and installations to address migration and diasporas, and how the loss of home re-structures and transforms identity. Her work explores the role of art in transforming and repairing loss. Ingrid is a recent graduate of MA Fine Art at CSM and has recently completed residencies in Norway and Germany. 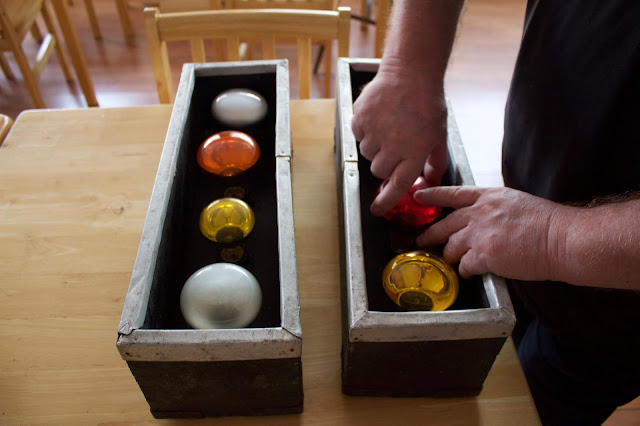 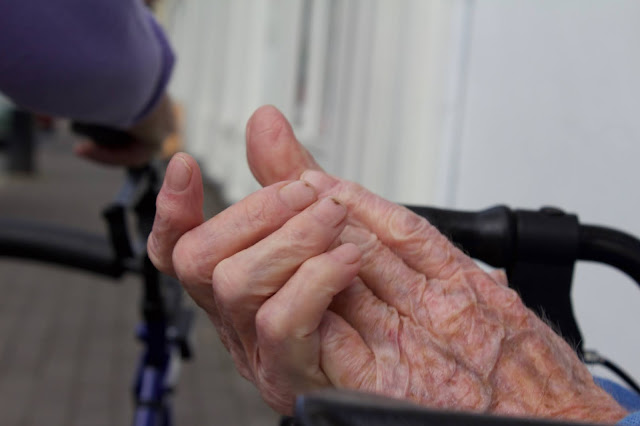 In the time and space provided to me by Composting Estate, I gave an account of my PhD practice and research. At the time, I had just switched from part-time, to full-time research. I was grateful for the chance to review my work-to-date, my work-in-progress and to receive feedback and questions from the group, that since have helped to deepen my research.

My research, Acts of hospitality, the role of guest and host as art practice, centres on my experiences as artist, guest and host in three sites in Co. Roscommon in Ireland.  As an artist, when working in community-based contexts, I have often embodied the role of either the ‘guest’ - as outsider and innovator, or the ‘host’ – as initiator or facilitator. In this research I endeavour to move between the position of guest and host, interchanging and exploring these perspectives. I understand hospitality as a kind of movement that flows between these subject positions, and a means to account for the various subtle transitions.

I have identified the hotel as an ideal site to explore how these roles of guest and host are played out, contested and expressed. Under the title The Hotel, I set out to trace the complex dynamics of hospitality in rural communities in Ireland, while questioning what might be revealed about wider notions of hospitality on a national and international scale.

My enquiry consists of a body of practical and site-specific research in which the roles of guest and host are explored, disrupted and expanded to produce emergent forms of hospitality. A praxis, of building relationships over time, while exploring the historical and cultural conditions that lie beneath or behind Irish identity, is central to my research into hospitality as art practice.

Greer MacKeogh is an artist-researcher studying for her PhD at UAL.

Information about the full series:
https://sensingsite.blogspot.com/p/composting-estate-series-of-seminars.html